It’s been almost two weeks since I returned from FOSS4G 2017 in Boston, Massachusetts (USA), and I wanted to take a little time to regroup and get caught up before settling down to write about it. 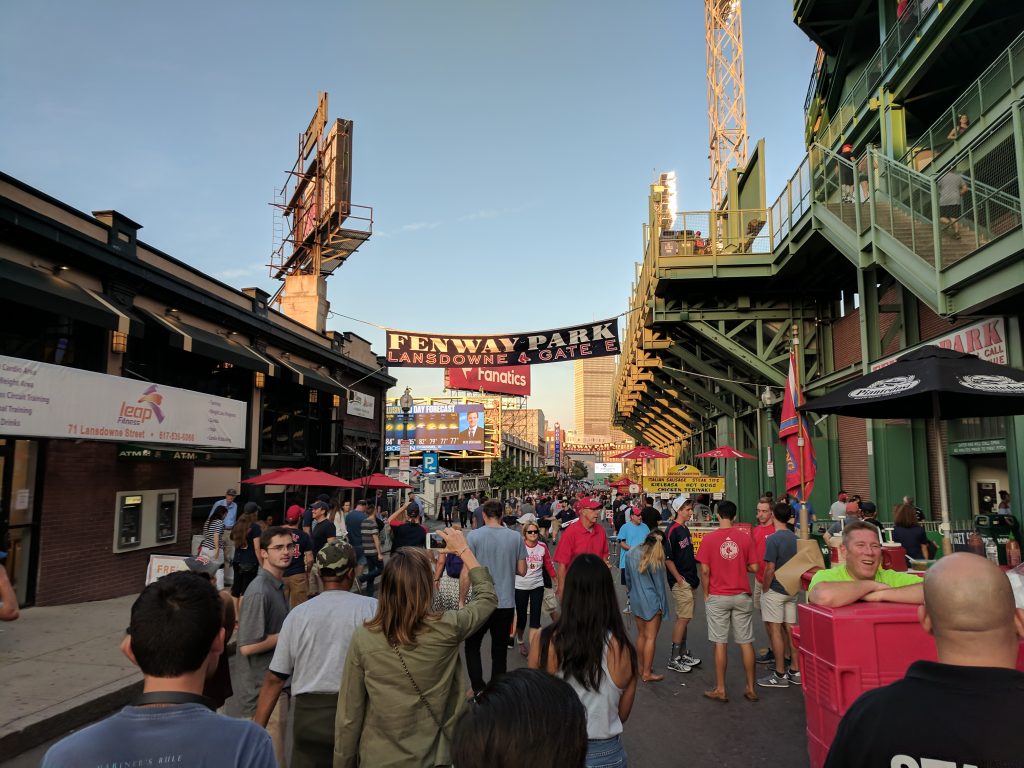 It was a busy week, highlighted for me and the Spatial Networks team by the first-ever Fulcrum Live event. Held on the second day of workshops, it was our first user conference for Fulcrum, the mobile data collection platform by Spatial Networks. The event went off without issue, so we are very happy about that.

We also got to spend a lot more time with some of our core users and dig more deeply into how they are using Fulcrum to support their operations. As someone who is still relatively new to the company, it was valuable experience for me and I think the engineering team came back with a lot of ideas to make Fulcrum better.

Once the conference proper got going, it was a race. Each day had a theme, which I liked better than the typical approach of tracks spread throughout a show. I won’t go into a blow-by-blow of sessions, but I’ll say that I found them more technically weighty than sessions typically are in a proprietary software conference. That is consistent with my experience with previous FOSS4G events and is probably due to the FOSS4G community’s strong developer DNA.

Paul Ramsey’s keynote on the economics of open-source expanded on the themes of his previous talks on the subject to describe how the interplay of different economic models can support the development and sustainment of mature open-source software. These models and their relationships to one another are becoming clearer as open-source expands and matures.  Watch it here:

This year’s organizers did a really good job of emphasizing business involvement. Over the years, I’ve seen open-source tools spread into organizations of all types, making, to my observation, a hybrid proprietary/open-source mix the predominant approach in most shops I’ve seen (including mine). If that observation is true, then it’s a clear trend in favor of open-source.

Open-source, for me, has always been less about software than about people. Developing open-source software is hard for all the reasons you’d suspect. At the beginning of a project and well beyond, developers tend to be building software on their own time after doing their regular work. It takes a lot of dedication and determination to stick with a project until it finds an audience and begins to develop enough of a community to begin off-loading some work. As a result, there’s a strong “can-do” ethic in the community that I find attractive.

I met or re-connected with far too many people to name here, but it was a great experience to do so and really set the tone of the conference for me. In particular, I got to reconnect with my zigGIS colleague, Paolo Corti, which made me really happy.

In terms of technology, PostGIS still dominates, JavaScript rules but R is on its way with a few dragons, and QGIS is now the desktop to beat at any price.

By the end of the conference, I had been away from home for two weeks and was looking forward to getting back. I cut out before the closing ceremonies, but saw the announcements of Dar es Salaam in Tanzania and St. Louis, Missouri and the 2018 locations for the worldwide and North American installments of FOSS4G, respectively. I’m hoping I can get more involved in helping with St. Louis. I’ve been away for too long and it’s time to get back in.