I spent yesterday at TUGIS, Maryland’s GIS conference. It is an annual, one-day event, held at Towson University. As such, it is a bit of a sprint, especially when bracketed on either end by a double-beltway commute. The day started with the plenary which included a brief talk by Maryland’s Lieutenant Governor Boyd K. Rutherford, who reaffirmed the new administration’s commitment to the importance of data and metrics in decision-making. Julia Fischer, the current MSGIC Chair, also gave an update on MSGIC, including its renewed focus on advocacy and on providing free or low-cost GIS training in Maryland. The plenary wrapped with a keynote by Dr. Chris Tucker of the MapStory Foundation, who discussed the importance of capturing temporal change data as a way of visualizing our history. 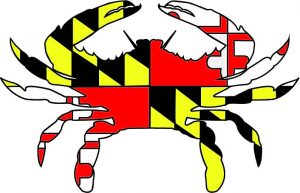 From there, it was all about tracks and sessions. I won’t go into a blow-by-blow of everything I saw but I attended the Public Safety, Lightning Talks, and Application Development tracks. I generally saw two flavors of content: “JavaScript all the things” or “Look at this really cool thing I built with ArcGIS without programming.” There was also an undercurrent of open data as Maryland’s open data sets drove many apps I saw.

For example, Chris Hogan and Matt Wisniewski of Fearless Solutions did a talk on a real time remote data collection system they built using low-cost sensors, Raspberry Pi, and Node. The Osprey EOC talk also featured some sophisticated back-end JavaScript. Whereas, later in the same track, there was a talk about a system built completely with ArcGIS Collector, AppBuilder, and Online to manage snow removal without programming.

One thing that was readily apparent is that Esri continues to dominate Maryland, as I’m not sure I heard mention of MapBox, CartoDB, Fulcrum, or any others who I typically see discussed on social media. But for Dr. Tucker’s description of MapStory’s back-end, I’m not sure I heard any other mention of Boundless or the OpenGeo Suite. Admittedly, there may have been such discussion in tracks I did not attend, but I can’t speak to that. (Note: I have since been corrected that there was one session, conducted by Century Engineering, regarding the use of Fulcrum and CartoDB for DelDOT. It occurred in a another track. HT Jason Wheatley for the correction.)

With increasing frequency, I hear the end-to-end integration of the Esri platform being cited as a value driver by state and local government organizations. The core platform, from Collector, to Desktop/Pro, to Online/Portal/Server was already tightly coupled. Esri is now extending this through the use of AppBuilder and AppStudio technologies to deliver targeted, relevant applications to users that they can then customize and stand up without a lot of programming or other system development.

I see this as a companion strategy to the revamping of their pricing and licensing over the last few years. Beginning with the ELA program last decade and extending to the subscription model of ArcGIS Online, Esri has been simultaneously attempting to flatten its pricing while maintaining the revenue streams necessary to modernize their platform and transition their user base. They have so far been successful.

I see the current focus on reducing time-to-market for useful, relevant applications built on the ArcGIS platform as an attempt to reduce other life cycle costs that have traditionally fallen outside of the software purchase/licensing transaction. This additional strategy, combined with an already large and loyal user base, will not make it any easier for competitors of any stripe.

My other observation has more to with the conference itself. There is clearly a lot of great GIS work going on in Maryland across the public, private, and academic sectors. Although hosted by Towson University, who had a number of compelling talks, the conference also showcased a lot of work by Washington College and Salisbury University. Maryland’s private sector was well-represented by KCI, JMT, RK&K, WBCM, Fearless, and others. And local governments from across the state highlighted the work they are doing with GIS.

All this leads me to the conclusion that I think it is time for the conference to evolve into a true Maryland GIS conference. I say that not to diminish the vision and leadership that Towson has shown by establishing the conference and keeping it going, but rather as a recognition of the maturity of the event itself and the geospatial landscape in Maryland. If the conference exists to showcase the good work of GIS in Maryland, then maybe it’s time to consider letting it showcase Maryland itself by holding it in other venues around the state. I think it’s worth considering.