Thanks to Twitter, I see that the 3rd annual MapWindow Open-Source GIS Conference is coming up at the end of June. It is being held in Velp, The Netherlands. I call this conference out because it has a strong, but not exclusive, concentration on open-source GIS tools for the .Net environment, such as DotSpatial, SharpMap, and NTS. Additionally, there will be content on non-.Net tools such as PostGIS, OpenLayers and others. This makes sense as any complete stack usually contains a mix of technologies. PostGIS is almost the de facto standard back-end for open-source geo stacks and QGIS is probably the best open-source editor for it so inclusion of such tools is quite necessary. 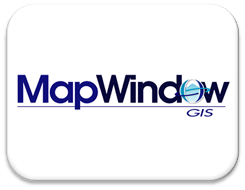 For a number of reasons, I can’t attend but I’ll be watching the live stream with interest. It’s location in Europe makes a lot of sense. I’ve always noticed that my early posts on SharpMap get a large portion of traffic from Europe and a majority of the user base of zigGIS was European so I suspect there is a lot of demand there for open-source tools built on .Net. This conference could be a good one-stop shop if you are interested in such tools.