I was mowing the lawn today and trimming with the push mower pictured below. If it looks old, that’s because it is. I first acquired it in 1978 when it was given to me by neighbors that were moving to an apartment near the city, meaning they no longer needed it. It still starts on the third pull and I’ve used it every summer since it was given to me. 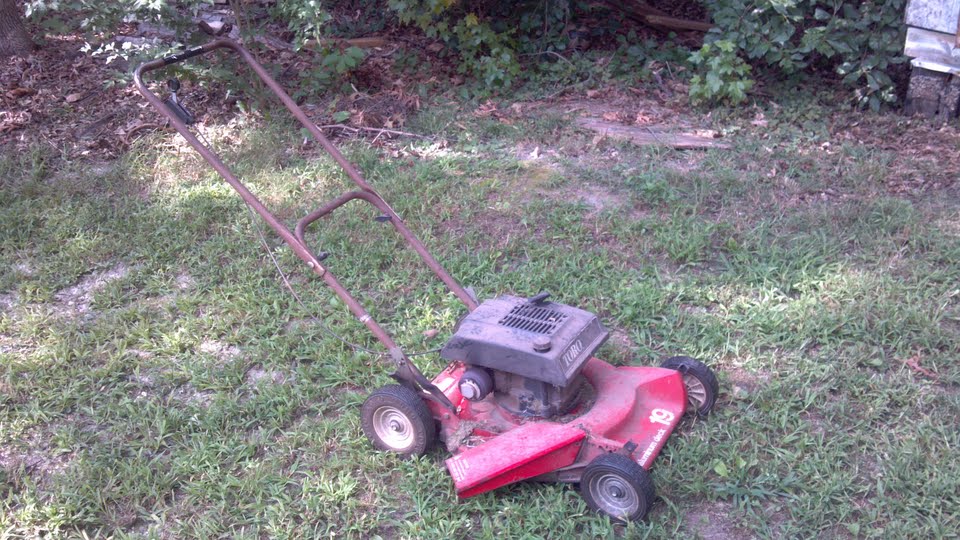 As I was mowing, I thought about how old the mower is and how it came to be in my possession. This led me to think about the origin of my fascination with maps. What does one have to do with the other? Allow me to explain.

As you can imagine, I was fairly young when the lawn mower was given to me. I had gotten to know the neighbors up the street by playing with their son. One day, I noticed a large shelf of identical, leather-bound books taking up the entire back wall of a room. I asked what they were and they invited me to browse them. It turned out that my neighbor was the son of a long-time chair of the National Geographic Society. These books were actually bound collections, by year, of every issue of National Geographic from the first issue on.

Over time, I would spend hours poring through these volumes, fascinated by the world as it was documented by National Geographic from 1888 forward. I did not get to read every issue but I was especially drawn to the maps when they were present. I realize now that my identity as a “map nerd” took root there.

Coincidentally, 1978 was the year I first started programming. Those two experiences turned out to be major influences on who I became.