My project work the last few months has kept me away from a lot of my favorite open-source tools and I was starting to get hives. Specifically, it had been a while since I had worked with PostgreSQL and PostGIS and I was missing the experience, so I dreamed up something to do. 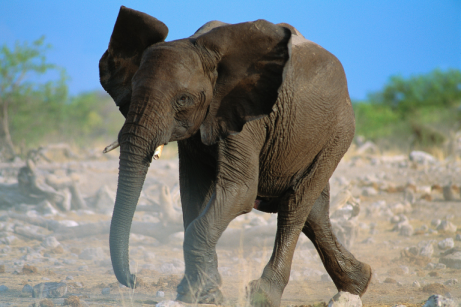 I do a lot of work implementing situational awareness systems for my customers and one common requirement is automated notification of events. I decided that I wanted to roll a completely FOSS approach to sending an SMS notification based upon the results of a spatial query. This post will discuss the basic wiring to make it all work. I’ll probably add more advanced features in subsequent posts but I’ll be sticking to the basics for now.

I decided to keep my first pass relatively simple in order to work out the core logic and workflow. To get started, I really only needed a few things:

Using these tools, I set out to create a core workflow that would use a trigger function attached to a point data set to test, whenever a record was inserted or updated, whether the point geometry fell within a specific US county (St. Mary’s County, Maryland in this case). If so, the system would send an SMS message to me. In order to do this, I had to create the following:

The first step was loading my county data, which I had in shapefile format. For that, I simply used QGIS and its SPIT plug-in. After that, I created the table that would hold my point data. Right now, it’s just a point and an ID. The SQL is very simple:

This table is the one that does all the work. The initial trigger will be attached to it. The counties data set really just sits there waiting to be queried. I’ll actually take the next three functions in the reverse of the order in which they will execute.

The first function I wrote was the one that sends off the actual SMS message. That is its sole job in this process. After looking at different ways to accomplish the SMS, my old zigGIS partner, Abe Gillespie, clued me in to using each provider’s e-mail gateway. So, by sending a properly formatted e-mail, the end user will receive an SMS message. You can learn more about it here. (Thanks, Abe!) So, my task really just became sending an e-mail message, which is nice because I want support that as well so now I can reuse code. After looking at various means to send e-mail from within PostgreSQL, I decided that Python was the most direct way to accomplish it.

PostgreSQL supports using Python for functions in a manner similar to the way SQL Server supports embedded procedures written against the Common Language Runtime. You simply need to make sure plpython support is installed with your instance of PostgreSQL. Here is the code for the simplified messaging function:

# Send the message via our own SMTP server, but don’t include the
# envelope header.
s = smtplib.SMTP(‘localhost’)
s.sendmail(‘contact@zekiah.com’, [recip], msg.as_string())
s.quit()

As can be seen, the Python code is embedded in the body of the function. Early on, I was experiencing significant slowness when sending the messages. After some code refactoring, I realized it was the SMTP handshake that was causing the problem. The original version used an external server that required authentication. I installed a local open-source SMTP server and configured it to allow unauthenticated relay from the local server and the bottleneck went away.

This version of the code receives the message body as a parameter and sends to a hard-coded address. I plan to change this to accept the recipient address as well. Then the calling function can pass in an array of recipients who have subscribed to these messages. For now, the system just talks to me.

IF a_row IS NOT NULL THEN
IF a_row."COUNTY" = ‘Saint Marys County’ THEN
PERFORM emailme(‘New feature in St. Mary`s County’);
END IF;
END IF;
RETURN new;

Again, I’m just checking for one, hard-coded value. In my next iteration, I plan to make that configurable so that the trigger function will test for various user-specified conditions. Of course, the type of spatial relationship can also be configured.

Lastly, the trigger itself. As can be seen, it’s primary job is to call the trigger function when appropriate.

Once these were all in place, I used the following to test:

These objects represent the basic skeleton of the notification capability I am building. In the future, I also want to support various types of messaging in addition to SMS and e-mail. I’m thinking of Twitter, publishing to RSS or Atom and other such options.

Even at this early stage, I’ve got to consider performance. The spatial query in the trigger is performing amazingly fast but my data is still small. I’ve got spatial indices built on the data sets but I’ll need to keep an eye on that as this grows. Thankfully, ‘PostGIS In Action’ offers lots of tips in that regard. Another design consideration I’ve made is that all of my spatial data sets will be stored in the same spatial reference. PostGIS has nice coordinate transformation capabilities but I don’t want to introduce that into my trigger functions in case data starts to grow. I plan to pre-process buffers and such for the same reasons.

I’m pretty happy with this so far primarily because all of the logic is executing at the database level. There’s really no need to extract any of this logic out into a middle-tier library of any kind and it’s running without any dependence on any middleware. It’s also a nice use of spatial processing that doesn’t involve a map. I love maps but they aren’t necessary in every application of spatial technology. I’m also excited to have a meaty requirement to dig into to help with my Python explorations. I’ve missed working with these tools. It’s good to be back.