I spent last week in San Diego at the ESRI International User Conference. It was a bit different for me since I was working Zekiah’s booth most of the time. I did, however, make it out to a SIG and a couple of technical workshops. Additionally, some of our technical staff were there and had feedback on the sessions. What follows is a very high-level summary of my week.

It started on Monday with me missing most of the plenary. I had an 11:00 meeting scheduled so my plan was to register, catch a couple of hours of the lneary, an then go to my meeting. That turned into waiting in the exhibitor registration line for over an hour and a half, seeting up our booth and then dashing to my meeting. Moral of the story: remember to register on-line.

I spent most of my time on the exhibit floor but there was nothing earth-shattering this time. The Dewberry booth was definitely a departure for them. It was rock-band-themed with their staff wearing tour shirts and people playing the game “Rock Band” so it was kind of fun. Google’s booth was of note mainly because it was kind of small and mostly staffed by Sketch-Up folks.

I found the technical sessions that I went to (Geoprocessing with .Net and Java, JSAPI and a Geodatabase one) to be very high-level when compared to the Developer Summit. This was confirmed by some of our technical staff as well. On the other hand, the user-focused ones seemed to be pretty strong. We had some law-enforcement clients that seems to get a lot out of the crime analysis sessions and the like. So, basically, anything that allowed users to talk about their implementations or that detailed specific uses seemed to be the meaty stuff this year.

I spoke with some friends who were working the Defense showcase and said it seemed to be slower. This could have been because of location (back corner) and design (an “installation” that had four walls and was covered in camouflage netting) but it had me wondering if the FedUC is starting to eat into attendance in San Diego for defense and federal customers. This year’s FedUC was great and many folks may have felt like they got their value at that conference.

The main benefit of the UC is still there: getting to see user solutions and also all of the “after-meetings” that you can have with everyone in one place. It’s still a unique setting that gathers a lot of GIS professionals in one place. Where else can you walk into a bar and see a crowd of people who have had too much beer talking “GeoSmack” about which GIS tool is better? 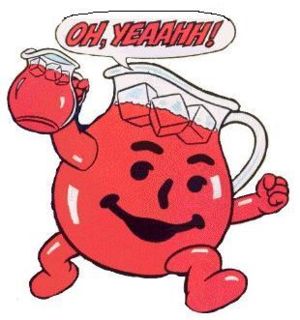 Of course, the geoblogger meetup was a great time. Thanks to Google for the mai tais. The conversation was great. Fantomplanet has detailed it so I won’t repeat it here. The conversation between Rob Painter of Google and Steve Coast of OpenStreetMap.org has gotten me thinking about the infrastructure implications of larger companies like Google, Micrsosoft and Amazon. I don’t mean little “i” infrastructure such as how my servers are connected but big “I” infrastructure along the lines highways and power lines and the like. I begin to wonder about, with the introduction of hosted services such as AppEngine and EC3, the role these companies play as large-scale infrastructure providers. I’ll probably address those thoughts in more detail in another post. Suffice it to say that I really enjoyed the meetup.

In summary, I’m keeping the FedUC on my schedule. The overall quality of that event really ramped up this year. It occurs in my back yard so it would be silly not to go. I am leaning toward sending technical staff to the Developer Summit rather than the UC as I think the technical content is far-and-away meatier. The Business Partner Conference will probably remain a once-every-five-years-or-so event. I have been making out to the UC on average about every other year. I will probably continue that. It will be interesting, however, to see how the identities of these conferences evolve as the FedUC and Developer Summit continue to mature. Right now, you get a free pass to the UC if you’re current on maintenance or AGS and other products. It would nice if they would modify the program to let you choose your conference. Given that travel to San Diego is not much different from Palm Springs, I would be interested in seeing how people would vote with their feet.